Persistent memory is non-volatile1 storage that fits in a standard DIMM2 slot. Persistent memory provides higher throughput than SSD and NVMe3 but is slower than DRAM4. With persistent memory, memory contents remain even when system power goes down in the event of an unexpected power loss, user-initiated shutdown, or system crash.

Compared to DRAM, persistent memory modules come in much larger capacities and are less expensive per GiB5, however they are still more expensive than NVMe.

The above image highlights the following:

Let's assume a key/value storage engine on a block device like HDD.

When an application wants to fetch a value from the key/value storage engine, it must do the following:

Even while making a small update say, 128 bytes, the application needs to do the following:

Block IO involves transferring an entire block of data, typically 4K bytes at a time. So the task to update 128 bytes requires reading 4K bytes of block and then writing back 4K bytes.

Even the writes are not required to be aligned at the block boundaries. Applications can read or write as much or as little as possible. This improves performance and reduces memory footprint overheads.

Memory mapping allows accessing a file as if it was entirely loaded in memory.

With memory mapping, the operating system adds a range to the application’s virtual address space which corresponds to a range of the file, paging file data into physical memory as required. This allows an application to access and modify file data as byte-addressable in-memory data structures.

With memory mapping, file contents are not loaded eagerly, unless specified. During the first read/write operation, a page fault is issued which triggers the kernel to load the requested page into the main memory.

The operating system needs a couple of extensions when dealing with persistent memory.

Some storage devices, especially NVM Express SSDs, provide a guarantee that when a power failure or server failure occurs while a block write is in-flight, either all or none of the block will be written. The BTT driver provides the same guarantee when using persistent memory as a block storage device.

The persistent memory direct access feature in operating systems, referred to as DAX in Linux and Windows, uses the memory-mapped file interfaces but takes the advantage of persistent memory’s native ability to both store data and be used as memory.

Persistent memory can be natively mapped as application memory, eliminating the need for the operating system to cache files in volatile main memory.

A memory word represents the number of bytes that a bidirectional data bus can carry at a time.

Let's consider a 32-bit machine where the size of the data bus is 32 bits. This means that the CPU on such machines can read or write 32 bits (4 bytes) of data at a time from the main memory. A reference to address 0 will read/write the first 4 bytes of main memory that is bytes 0 to bytes 3. Similarly, address 1 will fetch bytes 4 to 7 and so on. Such memory is called word addressable.

Memory is said to be byte-addressable when the CPU fetches 1 byte at a time from the main memory irrespective of the size of the data bus.

Why byte addressability of persistent memory is useful

Block IO involves transferring an entire block of data, typically 4K bytes at a time for reading or writing. Let's say an application wants to read 64 bytes of data. With block IO, an entire block (or page of size 4K bytes) containing those 64 bytes needs to be read.

With byte addressability of persistent memory, applications can read and write at a byte level. Reads/writes need not be aligned at block boundaries. This effectively means that applications can read or write as much or as little as required. This improves performance and reduces memory footprint overheads.

Any in-memory data structure can be designed to work with persistent memory. Why is this idea useful?

If we are designing a storage engine for the first time, this approach takes away the anxiety. Step-1 does not focus on storage at all, it only focuses on the design of the data structure. Once step-1 is over, we start to make changes in the data structure to put it on persistent memory. This step focuses only on storage.

This example assumes that the linked list is stored on persistent memory.

Which operating systems are compatible with Intel Optane persistent memory

Here is a list of compatible operating systems for Intel Optane persistent memory.

What are some of the potential use-cases of persistent memory

If a database index is placed on a block device, every read/write operation would transfer an entire block of data between the application and the underlying block storage device. Typical block sizes are 512, 1024, 2048 and 4096 bytes.

With byte-addressability of persistent memory, reads/writes do not involve block transfer. Database indexes (or B+Trees) can be stored on persistent memory and each B+Tree node can be read or written to without aligning to the block boundaries.

Non-volatile storage is a type of storage that can retain the stored information even after power is off.

DIMM (dual in-line memory module) is a module that can be found on the motherboard. The module has slots that contain one or more RAM chips found on a smaller part of the entire motherboard of your computer. Basically, the DIMM slots serve as your computer’s main memory storage unit as it houses the RAM chips.

NVMe (nonvolatile memory express) is a storage access and transport protocol for flash and solid-state drives (SSDs). To help deliver a high-bandwidth and low-latency user experience, the NVMe protocol accesses flash storage via a PCI Express (PCIe) bus, which supports tens of thousands of parallel command queues and thus is much faster than hard disks and traditional all-flash architectures, which are limited to a single command queue.

DRAM (dynamic random access memory) is volatile memory that stores bits of data in transistors. This memory is located closer to the processor, too, so the computer can easily and quickly access it for all the processes. 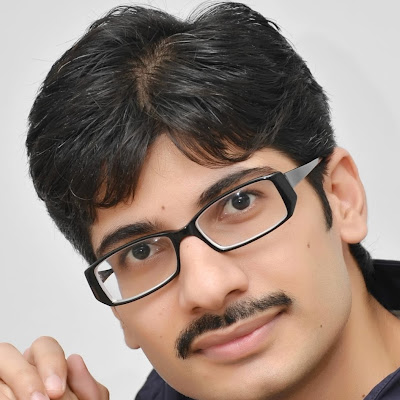